Icily and coyly, I’ve politely (or not so politely) refused countless sympathetic offers I’ve received for singing lessons, pointing out that my project’s underlying core principle is to explore autodidacticism employing myself as a guinea pig and documenting both the successes and failures of the process I’m undergoing.

For all my faults, I still think I’ve been prolific and prosperous as a self-taught learner as well as in the odd and fascinating task of teaching myself something I myself have no clue about, oxymoronic and ultimately uppity as it may sound.

My choice not to receive any formal training is the one which is most debated and criticised, and for most of my life I’ve had relatives, friends, friends’ relatives, relatives’ friends, ex-girlfriends, former crushes, co-workers, casual acquaintances and random strangers come up to me and try to persuade me to enrol in the conservatoire or get some tutoring, sometimes making extremely virtuous cases (which, however, haven’t convinced me to shift my position), sometimes regurgitating points I’ve heard dozens of times over and over.

Year after year there’s someone accusing me of being inflexible and stubborn because I’m allegedly trying to accomplish an aim at which many others have catastrophically failed. Sort of incongruous, indeed, since everybody using that reasoning is also trying to achieve something plenty have not. There was a time I even had a list of the most frequent arguments given and my rebuttals (I did it for my atheism first, and the idea was to then transfer it to my choices to be a soloist, to teach myself and to execute music rather than composing it). 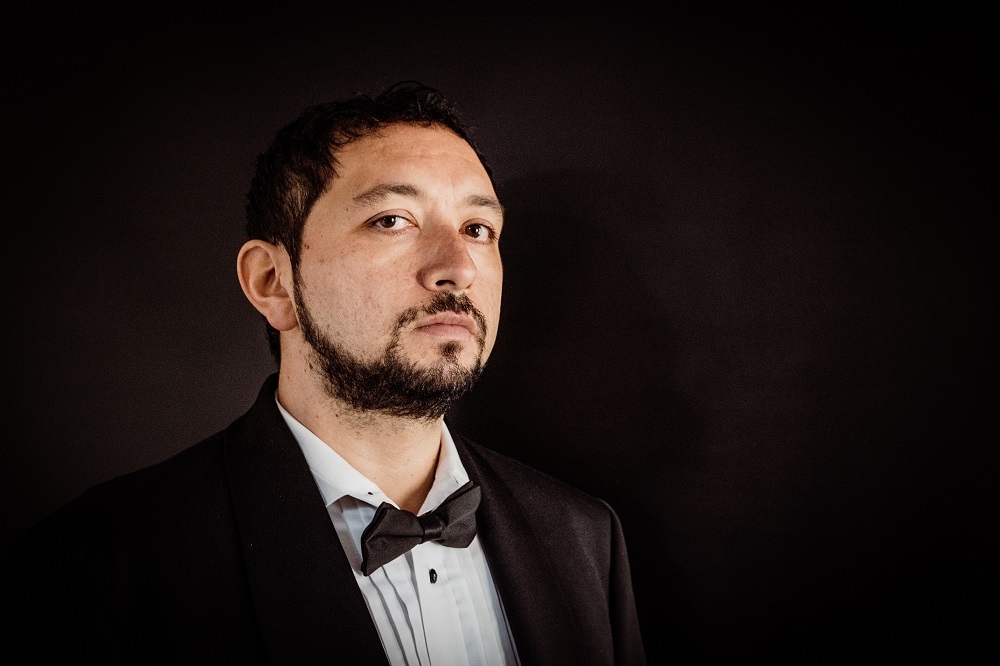 Common areas covered include tradition (‘it’s been done this way, therefore it ought to be right’), authority (‘this musical genius went to school, so those of us who are not geniuses would definitely benefit from it’), finances (‘how are you gonna make money if you lack the degree?’), pragmatism (‘rather than experimenting here and there, you could be directed by someone who already knows the way’), contacts (‘you could meet so many people who would inspire you and whom would be inspired by you’), even romance (‘the love of your life could be there’). I thoroughly agree with all of those points, but they’re still not enough to convince me – black/white/grey/colours/FIR/UV.

Once the more diplomatic attempts prove to be ineffective, some people drop it (and I’m so glad they do), some try to appeal to my vanity (‘you’ve done well so far, imagine how much more you could do with the right guidance’), some go straight to personal attacks (‘oh, you just think you’re so perfect’) and some make an incursion into soothsaying (‘I know you’ll regret this, and you’ll then recall this conversation’). For the latter, I’ve only got two points: it’s gonna be hard to remember that specific person since they’re amongst many, many, many who have told me the same using extremely similar phrasing, and also, if they can see the future, why haven’t they won the lottery?

My reply to those who assume the self-taught version of me is axiomatically inferior to the externally-trained one is, to quote the title of that marvellous book by Daniel Barker, ‘maybe yes, maybe no’. It could well be (and I passionately believe it to be the case until proved otherwise) that this is my best version, and this is the most I can acquire in terms of knowledge and artistry, precisely because I’m learning it by myself – which is an integral part of the process to begin with.

Perhaps a problem that is recurring in those cases is that there’s a tendency from all sides involved (mine included) to see it as an ‘us vs them’ situation, which it doesn’t need to be: I’m seeking some (or many) of the same long-term goals a classically trained person is after, I’m merely looking for another path leading me to that point, which doesn’t by any stretch of the imagination imply being against the alternative they’ve chosen, let alone moving in the opposite direction.

Looking at those who might have been irked by my choice, I genuinely do my best to try and see where they’re coming from: many of them have had to burn the midnight oil hundreds of times, produce more than a few cups of sweat and tears (hopefully no blood, though), pay a fortune in tuition and coursebooks, wake up before dawn (which to me is a treat but to many is outright torture) to endure a seemingly incessant commute, survive on junk food for years and potentially face unfairness and bigotry only for me to randomly claim it’s possible to forego all of that and still reach the finish line.

An autodidactic venture doesn’t equal an easy one: I’ve got to be extremely disciplined to have a bit of a chance to actually absorb any skill or expertise whatsoever, there’s a lot to explain every time the topic comes up, I’ve lost friendships and perhaps even potential relationships over this, and there’s always the possibility of making – and fossilising – mistakes which could at the end of the day have a detrimental effect on my voice.

It’s still, in my view, worth trying: I’m learning so much, and I’m also learning to learn, and every bit of it is remarkably thrilling. Even if I do fail, that’s also valuable material which can be used for articles, reports and Ted talks in the future and I will still have learnt what not to do, which is also highly appreciated.

Notably, a lot of what we see and use every day was done by autodidacts: someone had to compose the first symphony, and that someone couldn’t have received lessons in how to score one as they didn’t exist; someone had to make the first bike, the first brick wall, the first nail clippers, the first Tannoy, and they all had to be self-taught in that at the very least. It doesn’t follow that the world’s first keyboard player would’ve been able to get very far with his or her technique, yet it clearly shows beyond any reasonable doubt that an autodidactic enterprise is not a hopeless one.

There’s a 10,341-ft mountain about ten miles from where I live, and a couple of years ago I managed to walk all the way there, get to the top by foot (Bogotá’s already 8,660-ft high so I had a head start) and see the city from the peak. My neighbourhood looked like a tiny dot, and I was so pleased to have managed to do it. Had I taken a bus even for a few blocks would’ve somewhat ‘stained’ it. By the way, I also returned in the same fashion, without having to pay for the funicular or the cable car, and without using any fuel on the way back. It was so gratifying – and that’s exactly how I feel every single time I learn something by myself, without turning to lessons (online or otherwise) or tutors, not that there’s anything wrong with that, of course!

Shaking the foundations obviously involves challenging my own as well, and the door is always open, which doesn’t mean I’ll go through it. Should I ever be convinced, I’ll immediately change my approach, but so far I haven’t and there’s no telling whether or not I will.