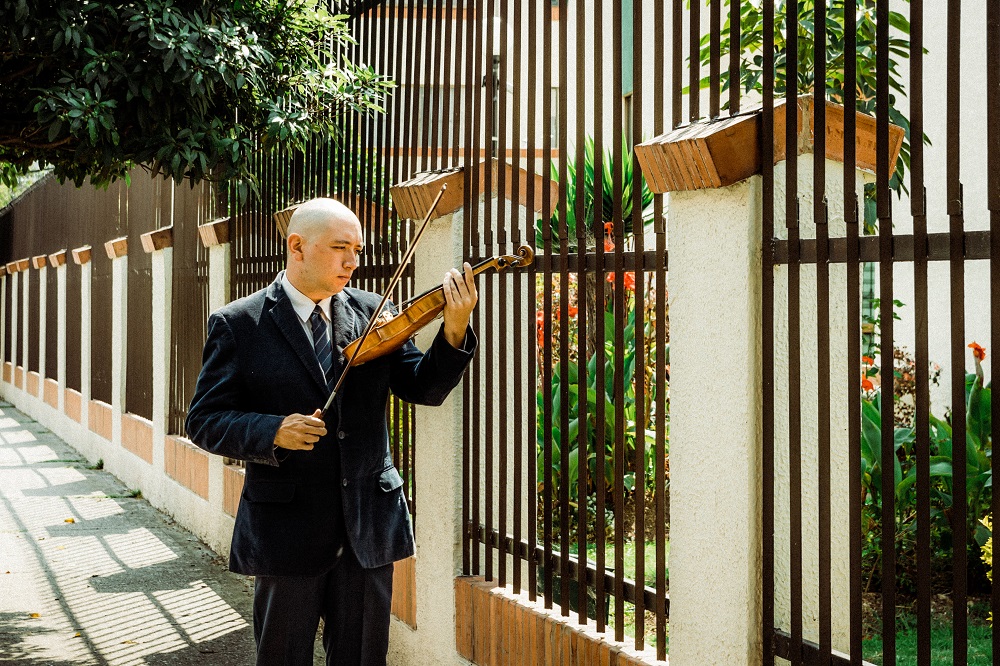 Catastrophes abound if you’re pessimistic enough to see them everywhere: the glass can always be half-full or half-empty (or refillable, or perhaps even poisoned – black, white, grey, colours, FIR, UV) depending on how you look at it and how you decide to interpret the evidence placed before you. There’s the risk, continuously, of looking at what other people are doing, the awards they’re collecting, the views their videos are getting, the crowd-funding success they’re having, and then feeling ridiculously disastrous or inadequate by comparison.

As much as it’s beneficial not to chronically procrastinate, there are moments in which, in the long run, it may be far better not to rush and instead take enough time to thoroughly go through the process. That’s where having sound guidance can provide extraordinary support – and that’s where it’s considerably harder (still fascinating and commendable in my book, though) to be one’s own teacher – and every verdict ultimately makes a mark.

Notable disapproval addressed towards autodidacticism often focuses on auto-epistemic logic, and it comes in certain recurring varieties such as appealing to incredulity (‘it’s impossible to teach yourself something you don’t know, there’s just no way to do it’), passive-aggressive praise (‘I wouldn’t expect someone as intelligent to be so stubborn’) or plain ridicule (‘would you rather be operated on by a schooled physician or by the paperboy?’).

Science and art are both extraordinarily challenging to master. Those who have arguably done so are, by the way, amongst the first to concede they’re not even close. The unquestionable fact that being externally trained by a certified expert might increase the odds of succeeding at meeting certain quality standards does not render that universal or unequivocal.

Hearing the same arguments over and over and over does get knackering, but it also comes with the territory: while I’m not by any means in the business of persuading others to be self-taught (even though many of them already are, at least for some areas of their development), I’m definitely keen on – hopefully patiently – clarifying the reasons why I’ve picked it for myself.

Essentially, there’s a massive difference between ‘I wouldn’t do that’ and ‘since that wouldn’t work for me, you ought to desist’; there’s also a distinction (which may initially not be too clear) concerning acceptance, empathy, and agreement.

Explaining my ‘why’, my ‘how’ and my ‘what’ serves a number of purposes: if done well, it reinforces respect and the possibility of observing a phenomenon from an angle different to the usual one; it also aids my own understanding of it and gives me the opportunity to question myself, either to switch some of my views or to strengthen them; it can also create or toughen academic or professional networks.

Xenophanes of Colophon presumably claimed that, however unlikely it is for our working hypotheses to be true, we might as well entertain the possibility of being accurate. It doesn’t follow, of course, that ‘anything goes’…

Considering I regard both the process and the product as vital (whenever possible, which alas isn’t always the case), the latter frequently becomes, while not the only factor, a valuable yardstick. I’ve still got plenty to learn about singing and plenty to fix regarding my technique, but I’ve been able to get this far without risking nodules or feeling any sort of strain, and that suggests I could possibly have been doing something right.

Unless I’m genuinely convinced to go for another strategy at some point (the door is open about that, which doesn’t guarantee I’ll ever walk through it), I don’t really see the point in following other people’s advice for the sake of it or in order not to be branded as inflexible.

Sifting through the countless possibilities and instructing myself in acquiring and developing the skills to upgrade my musicality is a life-long process which I’m absolutely willing to experience, and everything I’ve had to sacrifice so far has been a comparatively small price to pay.

Even in the case I’m utterly wrong (and of course I might be), that’ll also add to what I’ll have learnt.