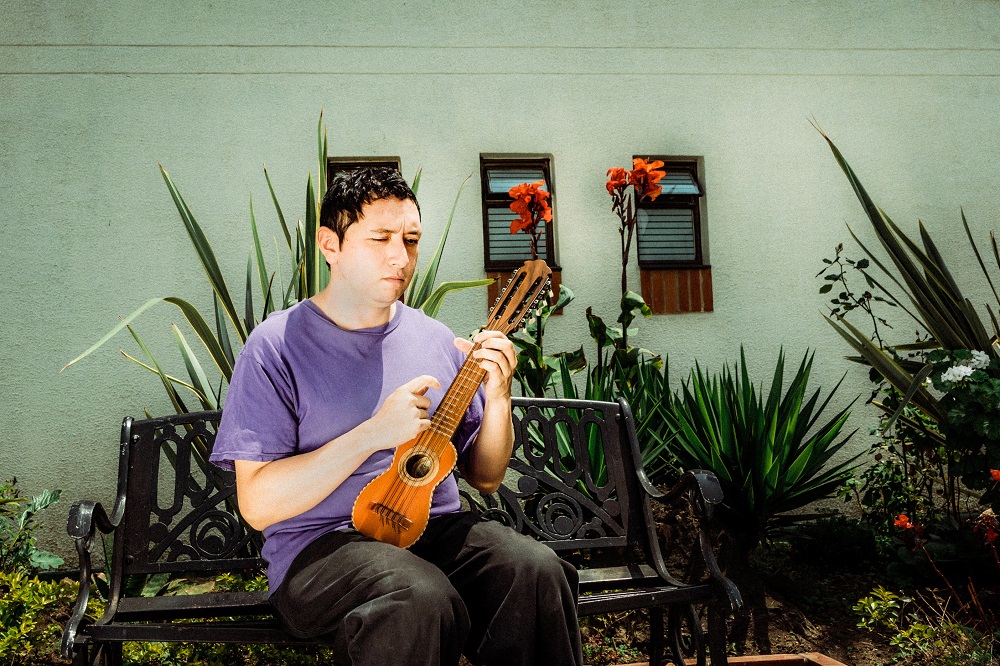 Daunted by the possibility of feeling too exposed or making my errors too evident, I spent a large chunk of my teenage years creating (admittedly horrible) walls of sound to conceal the fact I’d no idea what I was actually doing. My demos from those days easily have a dozen overdubs on guitar alone, and half as many on synthesisers, which isn’t wicked in itself unless they’re gratuitous and superfluous, which they nearly always were.

Every single arrangement I did, unbearably hideous as it was, taught me something which I’m nowadays applying in a far subtler fashion. In many a case, as a matter of fact, ‘less is more’. It took me a few years to genuinely grasp that, and I’m not sure I even get it right nowadays, but at least there’s been significant progress in that department.

As a very occasional translator/interpreter (I translate once a month and interpret once a fortnight on average), I’d like to use a linguistic analogy here: studio and live work are different languages, as are piano and guitar, as are Baroque and Renaissance, as are videos and photographs, as are a blog and a website, as are performing and executing, and while it’s obviously important to aim for both transparency and faithfulness as much as possible, it’d also be a waste not to embrace and exploit the unique possibilities offered by each platform.

Recurrently, well-meaning people have advised me to make use of tape loops and build up sound textures over repeated patterns, adding vocals and instruments to a cycling progression, which is something a lot of popular artists have done including Kate Victoria Tunstall and Edward Christopher Sheeran. That’s an understandable suggestion and one I haven’t completely ruled out but which I’ve tried not to incorporate so far as my repertoire hasn’t really got a lot of pieces based on just one musical phrase.

I learnt some rather valuable lessons from a friend whom I occasionally shared the stage with back in 2014: while I was quite effective at shocking the audience with pyrotechnics (bipolar singing, swift and sloppy diatonic scale fragments, idiosyncratic renditions) and often got a warm reception, she took it to an entirely different level: when she started singing and playing, the public became as quiet as possible in order to take in every single detail, every subtle nuance; as soon as she reached the end of a song, there were two or three seconds of silence and then a thunderous applause. I equally loved and envied it, and it definitely was an influence.

Formerly eager to astound, I slowly made the flashy and gimmicky bits take more of a back seat and realised, to my surprise and delight, that they were far more effective that way. Octave leaps, for instance, were considerably cleaner when done once in a blue moon, thus reducing the risk of ever straining my voice, and as they’d become intermittent they were met with elation and left the listeners wanting more.

Yucky excesses aren’t really my cup of tea anyway (in fact, a cup of tea is not my cup of tea either as I don’t like it at all). As an audience member, I’m also more into whatever’s simpler, such as an unaccompanied choir, a piano duet, a guitar soloist, a singer with a pianist, a stand-up comedian, a string quartet, a minimalist (but well-written) film, a lovely book, cheese and pasta, and so on.

Of course, it doesn’t follow that I’m against symphony orchestras, for instance, not to mention ostentatious productions such as operas, oratorios or cantatas (well, I definitely loathe religious texts such as those found in the latter two, but that’s a different matter). I do enjoy them, but I usually appreciate smaller, simpler formulations, a lot more.

Uniformity tends to be written off as tedious and tiresome, and sometimes it can jolly well be, but there’s also some beauty to it. Same goes for (alleged or genuine) poverty, or for that dreaded concept of a routine: it’s become sort of a trend to get out of it, to the point that leaving the comfort zone has become a bit of a comfort zone in itself.

Considering my fondness for lateral thinking, I sincerely feel there’s plenty that can be acquired from re-discovering those everyday mundane facets. It’s not too dissimilar from going for a walk, which is something I tend to do extremely often whenever I visit a new place (which, conversely, is far from frequent, as I’m not a traveller).

Having said that, of course it’s also useful to try something different, I’m not denying that: there still is, however, a thin line between moderately and excessively experimenting here and there. It’s up to each individual person to decide how far is too far.

A particular fascination, as far as I’m concerned, stems from using subtlety as an asset: implying chords rather than playing them in their entirety, for instance, is nothing short of magnificent; of course, it’s even more effective when applied sparsely, so it’s crucial not to abuse any of those tricks.

Nevermind the stereotypes, it’s not as if it weren’t feasible to be plain and detailed at the same time. The key difference, however, is that by this approach it’s probably more natural to set the ornaments to underline the overall design, rather than obstruct it.

Generally, a clear plan will, without guaranteeing anything, dramatically increase the chances of successfully creating something reaching the desired level (well, as long as those goals are realistic, needless to say!). The famous ‘keep it simple’ motto is, ironically, not that simple, but it’s still sound advice.

Exploring a more intimate connexion to the audience is a major advantage of a stripped-down live effort, which is precisely why I’m so infatuated with the simple format of singing while accompanying myself on an instrument, as that also generates a uniquely personal outcome. Not everybody would enjoy it and not everybody would deliberately choose it, but some would and I’m definitely one of them.