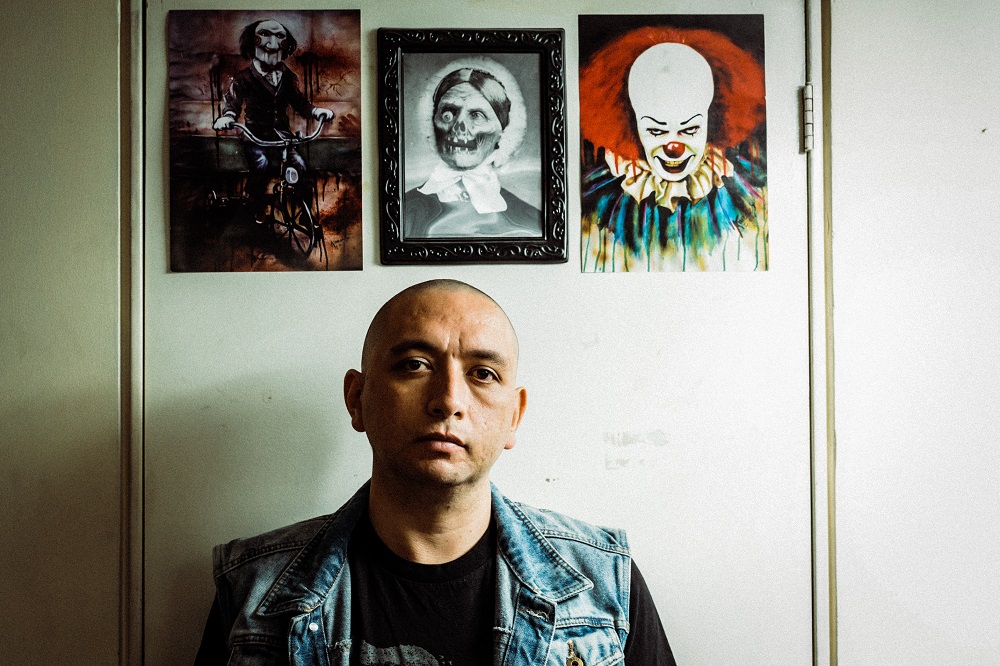 German composer Ludwig van Beethoven (1770 – 1827) scored nine symphonies (that we know of). A nine-element cluster may tend to be rather tricky for a non-eidetic human memory to store comfortably, so I turn to a ‘divide and conquer’ strategy and sort them in groups: C-D-E (with the only caveat that the third one is flat), a perfect cadence in F (B-Flat, C, and F) and a D minor chord in its second inversion (A, F, and D).

Out of those nine symphonies, seven are in major keys - the exceptions being five and nine, which spell out a 59… 1959 was the first year a Bronze Ball was awarded to a Welsh footballer (Swansea Jack William John Charles, who played for Juve back then). Such connexions would seem bizarre, irrelevant, inane, daft or nonsensical to most people, but they do make sense to me and – more to the point – they work.

You’ve probably sussed out by now that I’m rather keen on mnemonics. I find them fascinating, absorbing, challenging, intriguing, lavish, enjoyable. Other obsessions of mine include acrostics (of which there are plenty in here), insistent terminology (not to mention spelling and grammar), statistics and, oddly enough, nuns. Even more noticeably, I suppose I’m quite a fussy bloke, and also extremely ambitious, though perhaps not in the way most people are as I don’t really prioritise stardom, notoriety or financial wealth. Should any of them ever come, they’re more than welcome, but I’m aiming elsewhere.

Setting out to neither follow the masses nor to go against the grain, sometimes what I’m fond of matches what happens to be prevalent for a wider population, sometimes it doesn’t, and I’m fine either way. I less than three football (though I’m utterly incompetent at playing it), I eat pizza on a regular basis, I’ve got a Facebook account, I’m one of the many millions of people who purchased Michael Jackson’s Thriller (twice, actually) and I’m a right-handed guitar-strumming cisgender heterosexual brunet male with O+ blood type and with 28 teeth (as my third molars got extracted in September 2017).

The point is that had I honestly wanted to be different and to portray myself as the odd one out, I wouldn’t play guitar or piano - I would’ve chosen the tenor crumhorn or the theorbo; I’d communicate in an obscure defunct language instead of two which easily surpass the half a billion native speakers each; I’d try to be hipster enough to loathe football, social media and The Simpsons, not to mention dinosaurs (which I was a massive fan of long before Jurassic Park existed in either book or film form). None of those choices was made out of peer pressure or adhering to a trend, yet I still coincided with the norm. I’m, in many ways, 999,999 in a million.

A few areas, however, do not belong to the same category, out of sheer happenstance: I’m an outspoken atheist (though not an activist, so it’s not like I’m contributing in any significant way), a passionate autodidact, a chronic boisterous appraiser, a vegetarian teetotaller who doesn’t like coffee, who hates the warm weather and who would rather sing 16th-17th century pieces than write his own music.

Loads of those differences stand out, but they do not surpass and should not outshine what I’ve got in common with the majority. Still, they’re worth being celebrated, as is the case for every single person who’s fortunate enough to be unique… and that’s arguably the heart of the matter here: we’re all exceptional, anomalous and unparalleled at something, whether it is – at least partly – due to genetics (height, sensory acuity, looks), chance (right place, right time) or personal taste (the computer I’m using to type this exists because somebody had an affinity towards technology, at which I’m completely ignorant).

Looking back on the subject of encoding, storage and retrieval, it’s worth stressing that there are many types of memory, and different individuals can easily excel at some and be dismally weak at others. For those who’ve ever interacted with me in person, there’s a more or less high probability I remember the date on which we first met, the date on which they first heard me sing and the date on which we first hugged (if we ever did), but even if I just saw them a minute ago, it's unlikely I recall what colour their shirt was or the make, model and licence number of their car - that applies even if I literally just got out of it. 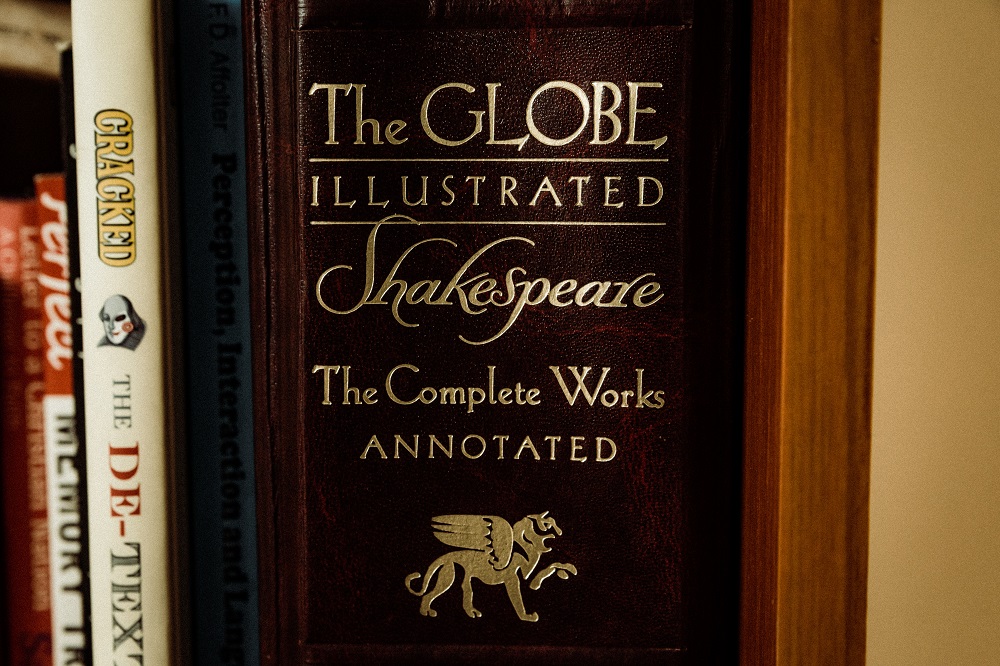 The fact I’m able to easily verify is not a minor detail at all: should I ever forget any of the 118 elements on the periodic table, I can look it up and subsequently reinforce, tweak or update whichever signposting strategy I was using and which had failed; for autobiographical events, however, the matter is far more insidious and treacherous: false memories can be created, broken telephones take place all the time, accuracy fades and even if I vividly remember something and am absolutely categorically 100% sure it happened, perhaps it didn’t - or at least not that way.

Every once in a while my atheism is slammed as I encounter strawman arguments from religious apologists: how dare I question their scriptures (Bible, Quran, Guru Granth Sahib, whatever…) but blindly buy into, say, the Moon Landing, or the Second World War, when books on those alleged events could also be lying and when I wasn’t a live witness to them? The aim, so it seems, is to get me to admit faith plays a major role in my life and, therefore, I should just expand it to worship their imaginary creator(s).

Any chance Napoleon Bonaparte was merely a fictional character? Am I 110% certain Shakespeare penned As You Like It? Could it be that the 1962 World Cup never took place and all the videos we’ve seen were part of a conspiracy made after the (non-)fact? While I wouldn’t call it faith per se, I’d certainly acknowledge there’s a lot of reliance involved. I trust the evidence, and the processes undertaken to put it out there. So, I can be at least 99.99% sure there was a bloke named William Shakespeare who did write those plays; Winston Churchill did exist and he was never a king; we’ve all got a massive set of ancestors, all of whom got laid before kicking the bucket – at least until technology advanced enough to circumvent that.

Regarding autobiographical reminiscence, it gets way more problematic: Some events do leave some trail (dated letters, stamps on a passport, social media status updates), others don’t. If I claimed I realised my priority was singing rather than playing guitar on the 31st of July 2011, all I’m counting on is my memory, aided by some circumstantial details (e.g. it was a Sunday, which can be verified via checking a calendar). What if I’m misremembering and it was actually the previous day, Saturday the 30th? I’m absolutely categorically positive it was Sunday (three of my friends went to the flea market around lunchtime), but I could still be wrong, no matter how vivid my recollection is.

Some people have encouraged my memory training and throughout my childhood my father would often get me to recite some stuff for friends and relatives, which I thoroughly enjoyed, and others would see it as creepy and peculiar, but I didn’t care either way. While I’m fully aware knowing a ton of irrelevant pieces of information by heart doesn’t make me (or anybody else for that matter) more intelligent than others – just like there are forgetful people with absolutely brilliant minds –, it’s worth pointing out that there are still benefits beyond showing off at boring parties or killing time playing Sporcle: long before I can recall (paradoxically enough), I was honing my recollection skills because of the unparalleled excitement I felt every time I topped myself at something, anything. That’s always been my chief motivation.