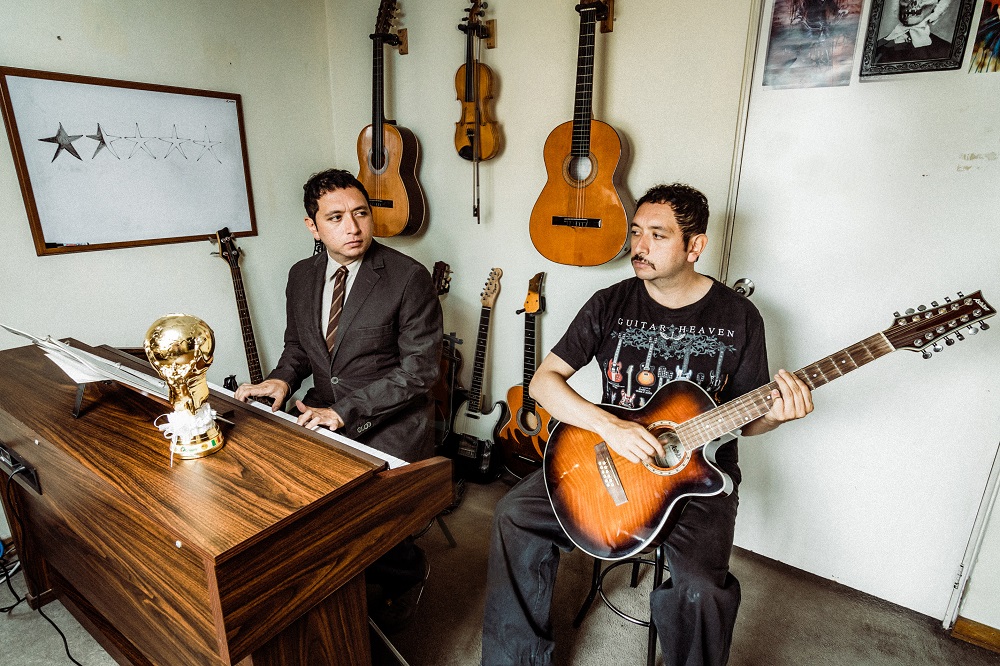 Garish and tawdry as a lot of my output may be (including these texts), I’m consciously aiming at making an effective use of the different platforms and devices I’ve got within my reach in order to say what I want to say, and reinforce it via its complementary (and complimentary) additions. I try to summarise it as ‘getting the most out of the least’, which would’ve probably failed as a Steinman-penned hit for Air Supply (especially considering the metre) but still works for me.

Exploring the same concept via singing is then, all being well, underscored by the recording techniques, the mixing, the mastering, the video, the photographs, the website and later on the portfolio, business card, brochure and anything else, all of them with invaluable assistance from a number of people whose contributions are downright colossal.

Regarding the aforementioned splendid crew, my approach is to try to become someone they enjoy working with, both because I offer sound reimbursement (no haggling, no delays – hopefully!) and because they’re able to express themselves creatively with as much freedom as possible. I still offer some feedback, oversee the operation and make some comments and suggestions, but at the end of the day I try my best to relinquish the artistic decisions to those who actually know what they’re doing.

The sweet spot where both unblemished minimalism and compulsive attention to detail intertwine is also constantly in my mind whenever I decide what to record and how to do it. That’s one of the key reasons why I hardly ever double-track (though I did for some bits of the ‘Deck the Halls’ outro), as I want to keep the output as simple as it can get without affecting the quality.

Resourcefulness, as I recognise it here, largely stems from books, films and television. Take the original Jurassic Park, for instance: the novel’s got some marvellous bits of science (fiction, obviously) which are enjoyable because they’re strategically placed across the events, and the adaptation cleverly keeps the creatures to a minimum, therefore enhancing their impact; The Simpsons (at least in the 20th century) cast a wide enough net to be accessible to virtually anybody, but they also had some degree of sophistication which provided a smaller group with Easter eggs all around.

Understanding that technology, special effects and fireworks work better when they’re supporting the story rather than driving it allows the executor (or performer, though there’s a difference there…) to become a vehicle for the piece to shine. Another analogy I’m keen on is that of a photographer: he or she selects the angle, the lighting, maybe even some effects later on, but at the end of the day the subject already exists, and what the artist does is revealing them from a specific perspective.

Day after day, I try my best to learn how to explore a musical piece and then display my findings in a clear format, whether I do it live or in the studio – both of which I see as different languages, so to speak – and taking into consideration that the author is the protagonist (despite his/her current chronic existence failure) and I’m just a facilitator.

Epic renditions and bipolar acrobatics are, fortunately, buried in the past, which is where they belong. Nowadays I’m all about simplicity.