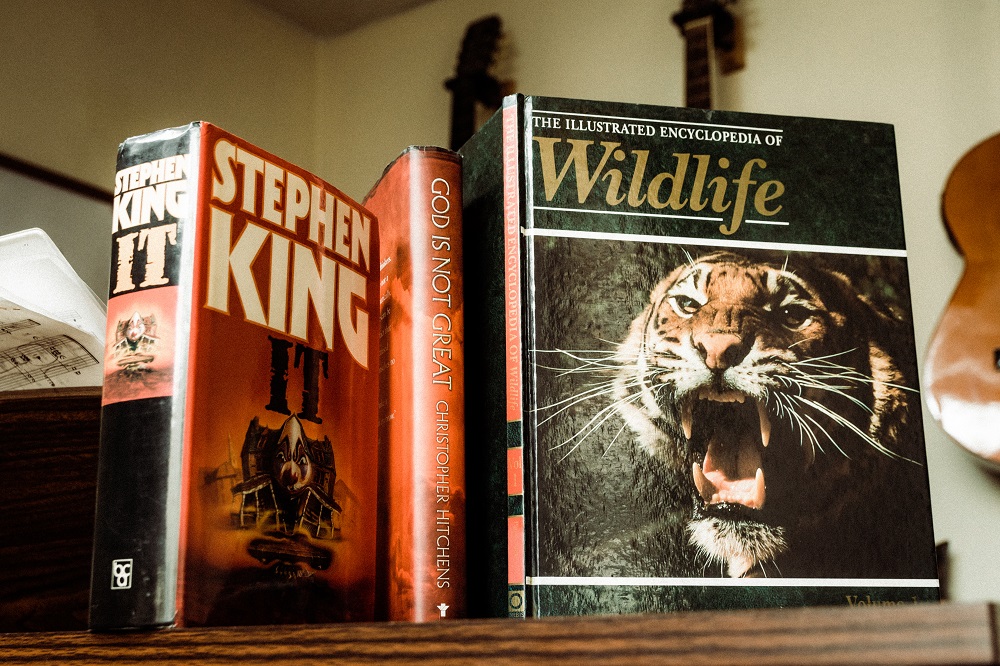 As far as I’ve been told, ‘Tchaikovsky’ was one of the first words I learnt (not the first, but probably an early one anyway). I suppose, as a toddler, I was mostly into Russian composers as I was also addicted to Prokofiev’s Peter and the Wolf. Otherwise, I loved Beethoven (his Sixth symphony was my favourite for donkey’s years) and everything included on Fantasia (though the Dukas piece frightened me). At some point I felt too overwhelmed and distanced myself from music – at least academic music – for a few years.

Waggish recordings of me aged five or six and singing nursery rhymes or theme songs still survive to this day. Mary Poppins and The Simpsons kept me connected to music, as did some Xmas carols, which I was especially fond of (and still am). Around the age of ten or eleven I started listening to trance and house and became captivated by both the Spice Girls and Lloyd-Webber musicals (JC Superstar had at the time been re-recorded featuring Welsh tenor Steve Balsamo, who was for many years my favourite singer).

Adamantly opposed to making music the centre of my life, I spent quite a while in denial. It was a gradual process: aged thirteen, I had a massive unrequited crush and after trying different approaches (writing poetry, trying and catastrophically failing to become athletic, acting nonchalant, persevering), I started teaching myself both guitar and piano in order to serenade her. By the time I was skilful enough to simultaneously handle the vocals and the accompaniment, I’d set my eyes on someone else, so I sang to her instead – didn’t work, by the way – but the experience wasn’t an utter waste, I reckon, as it gave rise to what would eventually constitute my way of life.

Keenly working on my repertoire, I gradually returned to baroque and classical (in the broadest sense of the term) influences via George Martin’s arrangements for The Beatles. I also worked on a lot of home recordings which were absolutely and categorically horrendous but which taught me a lot. My dream was to one day record a rendition of Morley’s ‘Fyer, Fyer’ and the ‘Sicut locutus est’ from Bach’s Magnificat doing all the parts myself, but back then I wasn’t even remotely close to that. Around those years (between the ages of fifteen and twenty) I occasionally tried my hand at songwriting but I hated the experience and it barely bore fruit, so it was quite an early conscious decision to focus on executing music rather than on composing it.

Earnest but still reluctant, I kept saying music wouldn’t be promoted from pastime status, and it was largely serendipity that it actually helped me at the time: as I was stridently against investing on a hobby, I never bought a guitar tuner and, as a result, I taught myself to do it by ear. I’d sometimes get gigs and stuff, but I firmly and genuinely thought I was gonna be a zoologist. By the time I was twenty-ish I’d begun prioritising Bach and Sanz for my guitar set-list, and I was gradually moving on to slightly posher circles. I also remember having carefully studied an extremely simplified guitar version of The Nutcracker Suite.

Sore and sour from a bit of a romantic mishap at the age of twenty-one, and having recently become a teetotaller, I went to therapy for the umpteenth time. It began as an analysis of the way I approached a relationship, but it swiftly swerved to my life plan, and it was at that time quite clear that music wasn’t a mere fling or detour – it’d been one of the few constant elements of my existence and it was certainly there to stay. On Halloween 2007 I went to a rehearsal space and commissioned the filming of some videos which were subsequently uploaded to the first incarnation of my channel a few weeks later. The pieces done that day were Dowland’s ‘What if I Never Speed’, Tudor’s ‘Pastime with Good Company’, the ‘Bourrée’ from Bach’s Lute Suite No 1 in E minor, and an appallingly sloppy rendition of the ubiquitous Canon in D by Johann Pachelbel.

While I categorically defined myself as a guitarist rather than a singer back then, my voice still generated more interest and, though I wouldn’t have admitted it at the time, I was rather keen on exploiting it. I labelled my approach ‘Naked Music’, as the basic premise was to reduce massively large arrangements to just one guitar, therefore emphasising some elements which would’ve otherwise been overlooked. I spent some years chiefly focusing on that, and also at the age of twenty-two I conducted a choir for the first time ever, though obviously I didn’t do it in any way skilfully.

Emptying the tank, I did another taping session on the 1st of May 2008, and over fifty single-take videos (chiefly 20th century popular music covers) stemmed from that. This first incarnation of my channel lasted until Xmas that year, when I impulsively deleted everything there as I felt it didn’t represent me any longer. The most popular ones (hitting over two thousand views in less than six months, which for me was massive) were two medleys of Blink-182 pieces played on charango (a Bolivian instrument which looks and sounds like a ukelele/lute hybrid). I remember a lovely comment from someone claiming they’d entered to mock but wound up finding those renditions ear-pleasing, and my voice got some praise which was obviously well-received.

Ever so strict, I kept working on developing my style. On the 8th of March 2009, I had my largest audience to date opening for a local actress at a shopping centre and putting on a bit of a flamboyant routine during which I swapped octaves seemingly at random, shocking and impressing the public. I’d been doing that since 2002 or 2003, and I loved how many people genuinely thought there were two (or sometimes even three) different blokes singing or that there must have been some sort of trickery applied.

There was a Britain’s Got Talent contestant on the third series, a Welshman named Gregory Pritchard, who had a bit of a row with Simon on the 29th of May 2009. The comments section had someone claiming he sounded ‘bipolar’ as he’d crooned both parts of ‘Barcelona’ (a pop/opera amalgamation written by Frederick Mercury and Michael Moran, performed by them both with Montserrat Caballé). I nicked that qualifier and re-branded my execution style: ‘Bipolar Singing’. At that point, even though I was still unwaveringly categorising myself as a guitarist who sang, I was already – without noticing – presenting myself as a singer who played, so in hindsight the tide had already turned. 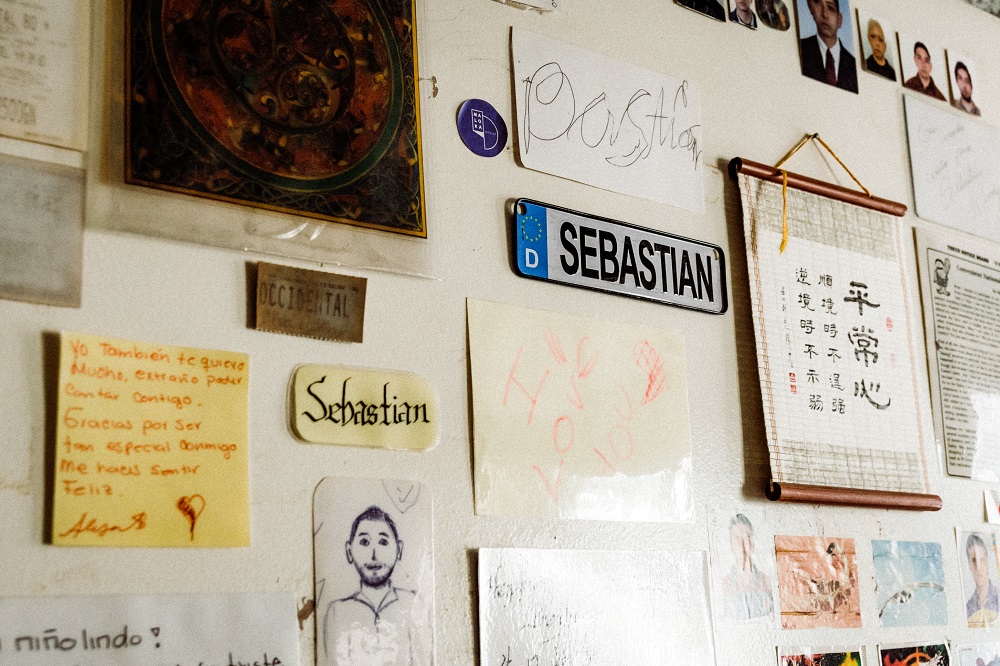 Later on, around November 2010, I recorded three Xmas albums and had them available for digital purchase for a year. Two of them were sung (mostly, though not entirely, unaccompanied) and the other one had stylised pseudo-classical guitar. The records weren’t anything particularly excellent but they raised my earnings for a while and also reflected that there was a 2:1 ratio of singing against playing, and they also gave me my first experience visiting professional recording studios – I tried out half a dozen at the very least, and realised there was quite a broad spectrum from ludicrously atrocious to extraordinarily marvellous.

On the 31st of July 2011, having briefly joined a production of Haydn’s Mass No 13 in B-Flat Major, I had the epiphany during a rehearsal and finally admitted that my priority in life was singing rather than playing guitar and that I wanted to do it as a soloist instead of as part of an ensemble. I still got involved in averagely one collaborative project a year, always short lived. In chronological order since 2012: a Joseph Horovitz cantata (I sang and played piano); a reduced JC Superstar (ditto); an international music festival (I organised it, wrote the introductions in verse, sang and played some stuff); a school choir I conducted for a single event; an altruistic project I was in for three weeks, four videos and a flashmob at a local library; a pop cover I produced and edited for a friend; a graduation recital for two composers; 2019 was a twofer: a Bach cantanta for a single recital, and a few Renaissance pieces for a single video shoot as they had to meet the line-up requirements of a contest.

Vagrantly restarting my channel in 2015, I filled it with over a hundred dreadful home recordings which ranged from opera to reggaeton and from madrigals to film reviews. It was scatty and chaotic but it worked for the time, and I’d come up with a new label for it: ‘Low-End Music’ (playing with the gravel and the tawdry elements). In late 2018 I decided to professionalise the project and hired a professional studio again, as well as specialised mastering and filming. On the 1st of April 2019, I deleted all the contents from the channel and started over with only those which met some minimum standards.

Ever since, I’ve been publishing a new recording (with its accompanying video) every four months or so. A long wait, but certainly a far more acceptable result. I’d rather release three high-quality products a year than fifty poor ones, SEO be damned. My priority is to tell the story I want and to do it as adroitly as I possibly humanly can – and if, by doing so, I gradually get in some people’s radar, that’s brill, but still not what I’m aiming at.