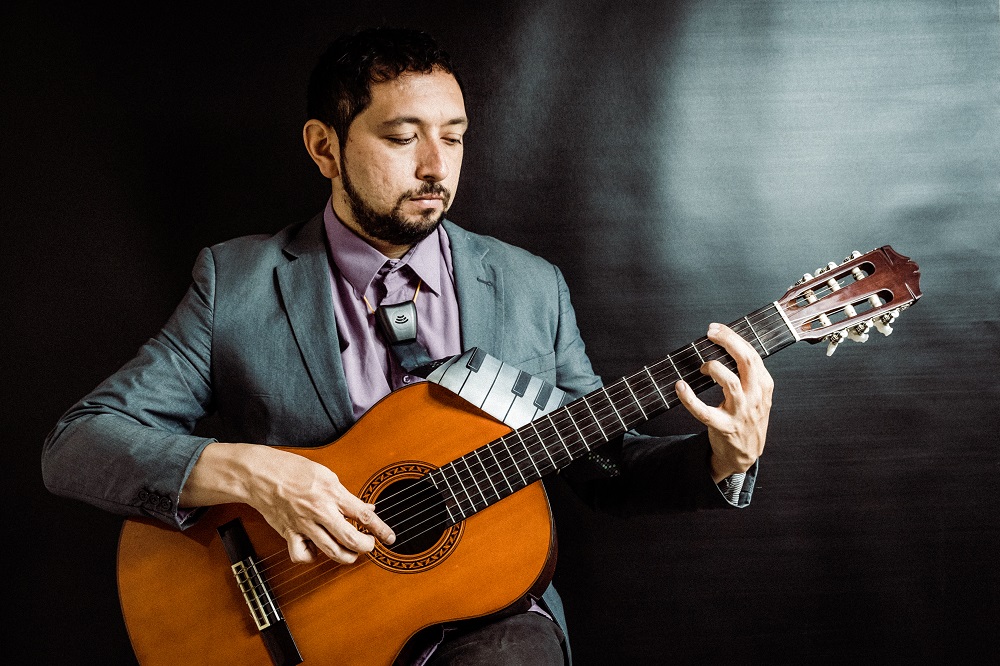 Uncharacteristically switching the telly on (it was my baby brother’s as I’ve never owned one myself), one day in late 2006 I randomly came across Daniel Barenboim giving Saleem Ashkar a master-class on Beethoven’s Waldstein Sonata. The programme, which also included Lang Lang and other piano prodigies, had been filmed on the 8th and 10th of January at the Symphony Centre in Chicago and each episode ended with the studied piece played by the Maestro himself from his summer 2005 Berlin concerts.

Not being by any means interested in writing or composing my own music for a number of reasons, at that time I’d tried – and catastrophically fail – to become some sort of arranger, scoring string-quintet renditions of Dowland pieces as well of feeble adaptations for guitar and a single vocal part (more often than not with gratuitous octave leaps thrown in for unwarranted flamboyance). I, understandably but wrongly, thought that was the minimum requirement to meet the – utterly fictional and arbitrary – criteria for originality that I felt I had to, lest the music community ever shunned me as a mere mercenary.

Quite a lot of people do just that, in fact: a jazz act may, for instance, cover a pop tune and incorporate a tasteful amount of dissonances, add some rhythmic twists and, in some cases, re-harmonise, and after some painstaking and extremely underrated labour, end up with a product that preserves key elements from the original but is also faithful to either the genre or at least the artist’s conception of it.

Unbounded amounts of contemporary digital platform releases are built on what ‘x’ piece would’ve been had ‘y’ composer come up with it, or ‘a’ meets ‘b’ type of hybrids. Once again, there’s nothing wrong with that (maybe I should’ve renamed my website with this verdict, as I repeat it so often). What I learnt from that 2006 broadcast was that arranging and adapting are not the only approaches to consummate originality and unaffected authenticity.

It was astonishing to see that the same work played on the same piano model at approximately the same speed and using exactly the same notes in exactly the same order still yielded different results depending on the person tinkling the ivories. Maybe someone pressed on the pedal a split second earlier, began to raise the volume a tiny bit more markedly, decided to shift the dynamic between, say, the thumb and the pinkie, and those seemingly trivial details triggered a butterfly effect and made all the difference. By the way, a few months later I showed one of those videos (the one with Jonathan Biss) to my then-girlfriend, and she just shrugged it off claiming they both sounded identical to each other…

Especially intriguing was the fact Barenboim had neither composed or modified any of those sonatas, yet he always added his unique fingerprint to each and every bar, both by the physical side of coordinating hands and digits (and feet) and by the meticulous effort of having thoroughly analysed every single aspect of the piece and how each element relates to the overall work, on different levels. In an interview many years later, he cited that amalgamation of openness and naivety (as if playing it for the first time ever) with the dexterity and expertise resulting from the aforementioned systematic deconstruction task to be the difference between ‘performing’ and ‘executing’, stating that great authors require executors rather than performers.

That, to me, was akin to having found the philosophers’ stone: I still had to unlearn and relearn virtually everything I thought I knew about music (to be honest, that’s the case even now, and will remain for the foreseeable future), but at least I was aware there was a way to be creative and original without necessarily composing or arranging what I was playing (or singing, but at the time I identified myself as an instrumentalist who sang rather than a vocalist who dabbled in some elementary notions of harmonic and rhythmic accompaniment). 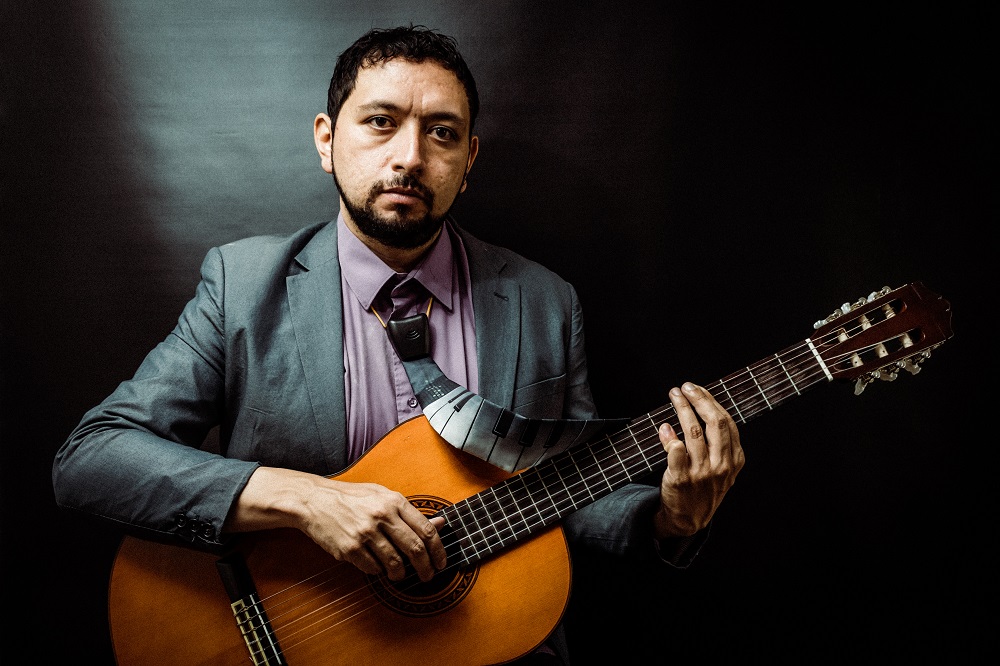 There is, arguably, an analogue case in photography, an art I’m deeply fond of but at which I’m also extremely ignorant: the person behind the camera, due to the observer effect, will inevitably change what he or she is perceiving, and will produce radically different results based on lighting, framing, angling and countless other details – ‘four photographers shoot one model’ challenges (available online) wonderfully illustrate all of this – which shows it’s possible to exploit one’s creativity even without actually fabricating the source material.

Harnoncourt (1929 – 2016) and Hickox (1948 – 2008) had both conducted Haydn’s Mass No 13 in B-Flat Major, and I eventually became absorbed in the thrilling exercise of closely listening to each version and listing differences, movement for movement, sometimes even measure for measure. The educational experience received from those intensive receptive undertakings was incredibly pleasing, and also quite taxing as I was rendered oddly knackered at the end of them. It was still worth every second.

Other ways I used to train myself into superficially understanding what all of this entailed included listening to, say, Bream and Tarrega, separately, playing the same pieces, and comparing and contrasting them. I also did it with actors and the ubiquitous Hamlet soliloquy, which I also hope I can record one day (as the unqualified amateur that I am, but even so), and with older videos of myself, just to track and scrutinise my progress or lack thereof.

United by the seemingly mutually-exclusive elements of spontaneity and fastidiousness, executors – as seen from my limited and biased perspective – become unique vehicles for the composer’s vision to be transmitted and for their legacy to last longer than them – and us – to the point of noteworthy permanence. Thanks to exceptional executors (from oboists to singers, from cellists to triangle players), the likes of Beethoven and Rachmaninoff are metaphorically alive through their oeuvre.

Gradually applying those concepts to my own project has been quite an extensive process throughout which I’ve learnt so many valuable lessons and made countless mistakes. It’s a balancing act in a way, and it also involves the constant re-examination of my own conclusions, as they’re not – and should never be – carved in stone. If I were to pick what the hardest and probably most important aspect of this has been, I’d definitely go with subtlety, as it’s utterly counterintuitive for me but also indescribably gratifying when I get close to achieving it.

Here’s where it gets even more interesting: executing a piece being faithful to what’s been inferred from the author’s original intentions does not equal being restricted to just one way of doing it; you can still add your own twist without having to re-arrange the piece or re-harmonise the chords or modify the melody. It doesn’t follow, however, that this is a postmodernist pandemonium where everything goes: again, it’s not and it doesn’t have to be black, white or grey.

There are cases in which taking a moment to ask oneself why play or sing a bit this way instead of that way and try them both out to compare really makes a monumental difference. It’s not that it’s unfeasible otherwise, but it certainly helps, a lot.

Some of the most fulfilling moments of my singing life have stemmed from trial and error, not in an improvised sense but instead with a clear intention of filtering out what doesn’t quite fit and embracing what does. It won’t ever suit everybody’s expectations or judgements, but as long as it’s honest and respectful, I’m up for it.